Texas is serious about head lice. The state passed a law in 2017 that requires schools to notify the parents of every child in a class in which a student is diagnosed with head lice.

For Heather Smith, owner of Lice Clinics of America clinics in Lufkin and Tyler, this state legislation has resulted in a lot more families seeking head lice treatment.

“Our clinics have been a huge help for families looking for answers when their child or a classmate has head lice,” Heather said. “Most don’t know what to do.”

According to the Centers for Disease Control and Prevention, misdiagnosis of head lice is common, and the agency recommends families turn to a professional to confirm the presence of head lice. Lice Clinics of America offers professional head-checks and, if lice are present, treatment using the revolutionary AirAllé medical device.

AirAllé uses carefully controlled warm air to dehydrate lice and eggs. The device has been cleared by the FDA and clinically proven to kill live lice and more than 99 percent of eggs.

While an owner of a hair salon, Heather discovered AirAllé. “After being in the salon industry for years, we saw lice become more and more of a problem,” she said. “I was talking with a friend whose daughter had been treated at a Lice Clinics of America clinic and I became very interested in how the treatment worked.”

The AirAllé device came to market just as the most common over-the-counter lice products were losing their effectiveness. A 2016 study published in the Journal of Medical Entomology found that 98 percent of head lice in 48 states are now resistant to pyrethroids, the insecticide used in most lice treatment products. Other studies have linked pyrethroids to developmental problems in children.

Researchers studying animal lice at the University of Utah developed the AirAllé device. They found that the bird lice they were studying fared poorly in the arid desert climate. When one of the researcher’s children contracted human head lice that were resistant to over-the-counter lice products, it dawned on him that it might be possible to kill the lice by dehydrating them.

Ten years later, the AirAllé medical device came to market. It uses carefully controlled warm air to dehydrate lice and eggs. The entire treatment takes about an hour. Because AirAllé does not use pesticides or toxic chemicals, the process is both fast and safe—it is also effective against pyrethroid-resistant head lice.

“My husband and I began researching Lice Clinics of America and the AirAllé device online and loved the idea of it being safe and effective and insecticide-free,” Heather said. “I wish parents would stop using harmful pesticides on their children’s heads. If they would research what is in these products, they would not want to use them.”

Heather and her husband, Matt, opened their first clinic in Lufkin in early 2017 and opened a second in Tyler the same year. The couple has collaborated with a local children’s advocacy group to sponsor several families that could not afford to pay for treatment.

With more than 300 clinics in 34 countries (and counting), Lice Clinics of America is the largest and fastest-growing network of professional lice treatment centers in the world. AirAllé has successfully treated more than 850,000 cases of head lice, with a success rate better than 99 percent. How many times do I have to put this junk on my kids’ head? 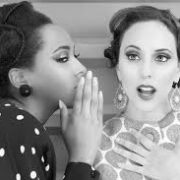 It’s Not Your Fault. How to Check for Head Lice

How to Break Lice News to Other Parents